For brevity, the diagram doesn’t include network-level cloud infrastructure resources, like region, VPC, availability zones, and so on. Check out the Deployment Modes section if you’re interested in that aspect of the deployed cloud infrastructure.
Note that the stateful resources like Amazon S3, Amazon Cognito, Amazon DynamoDB and Amazon ElasticSearch are deployed as part of the Core project application. These are still included in the diagram, just so it’s more clear to the reader. 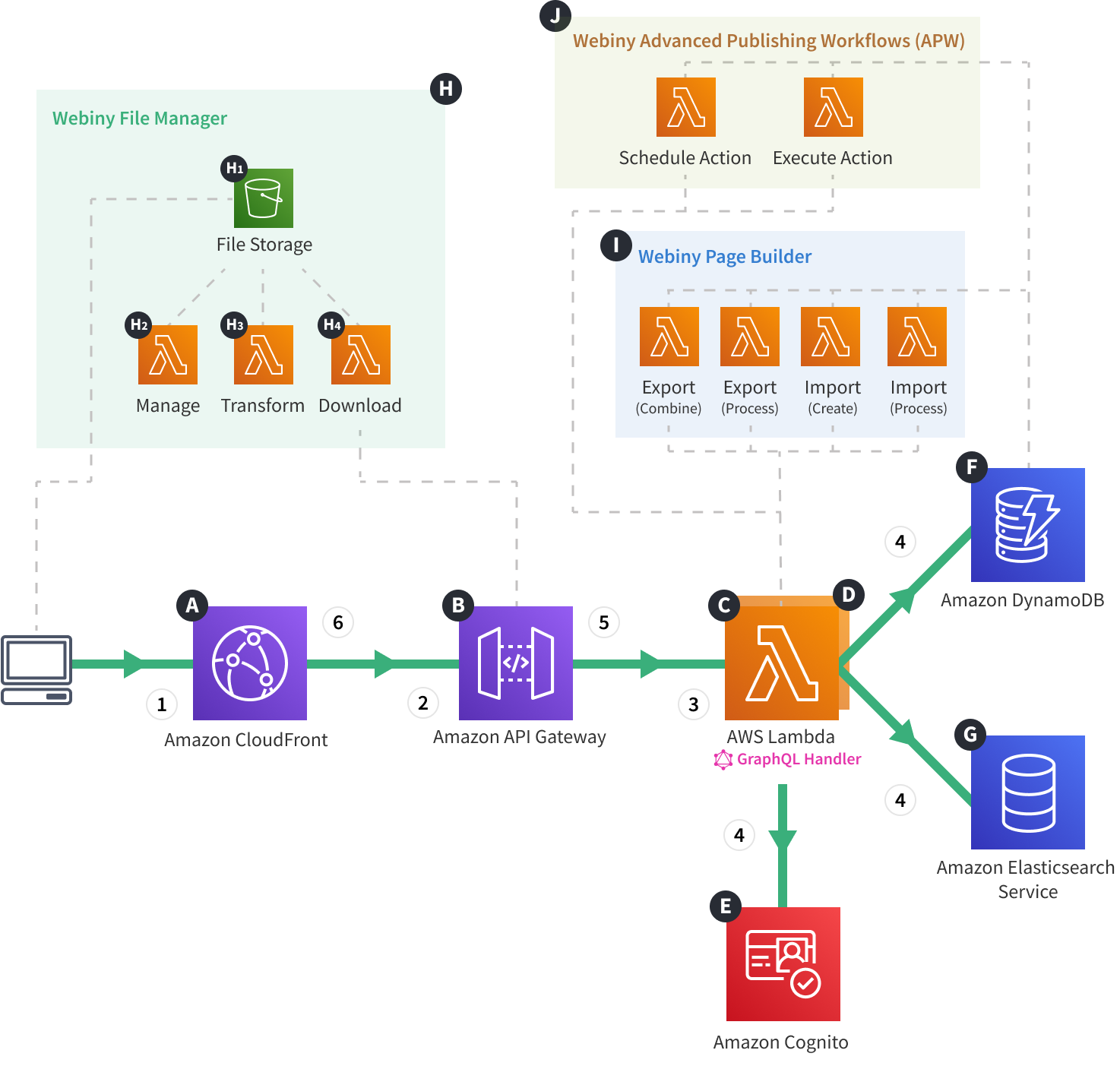 The diagram shows how HTTP requests (GraphQL queries and mutations) travel through the deployed cloud infrastructure. Request are primarily issued by the Admin Area, or Website applications, but of course, can be issued by other clients as well.

The flow consists of the following six steps: