During the project development, there is a chance that the deployed cloud infrastructure needs to change. New resources might be added, existing resources configured differently, and some may even need to be destroyed.

In order to avoid performing unintended cloud infrastructure changes, you can use the preview flag upon executing the deploy command. Consider the following examples:

Executing these commands won’t perform any changes to your cloud infrastructure resources. They would just list all of the changes that would be applied, for example: 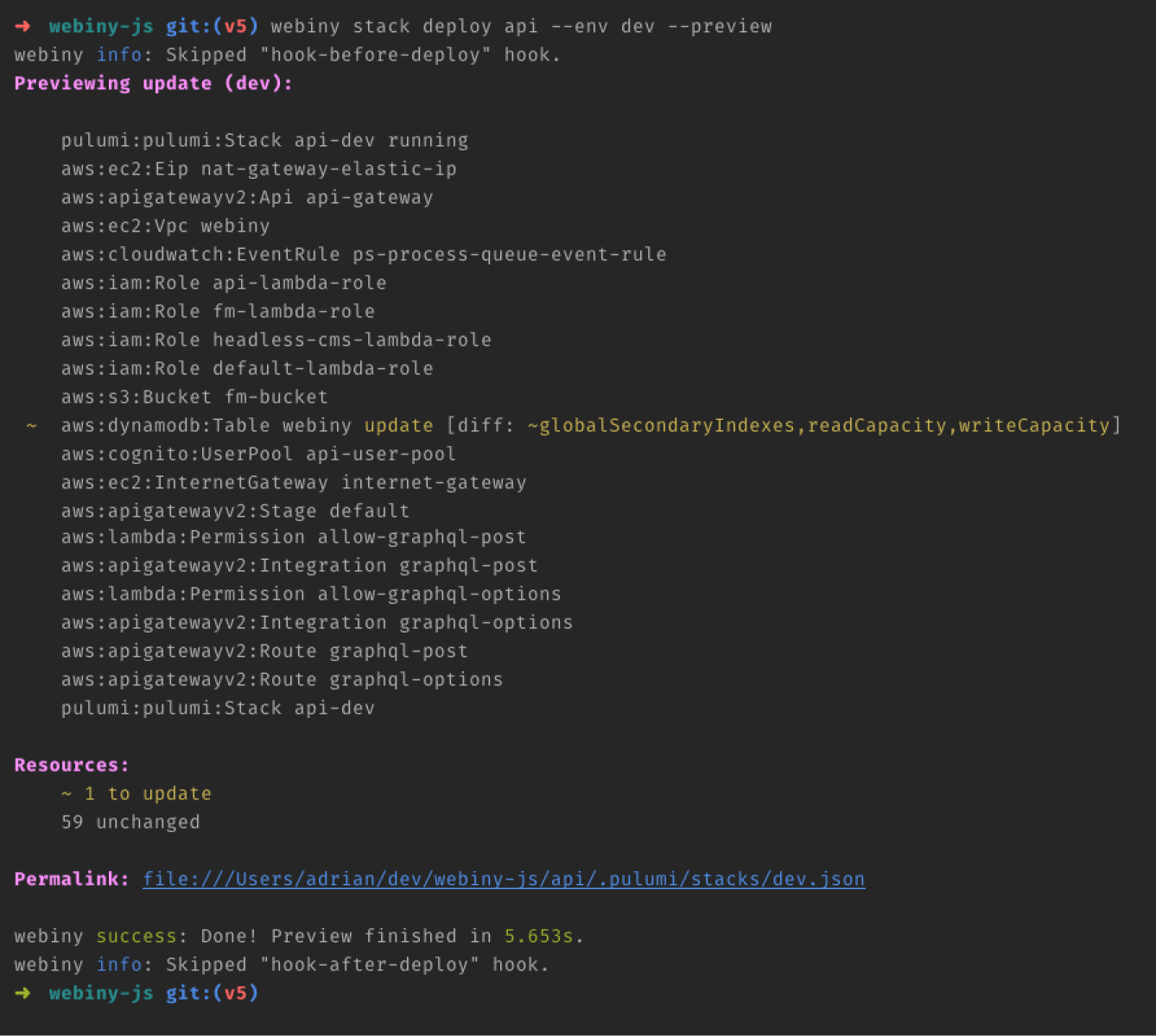 If you run into an error while running a deployment preview, to get additional information and logs about it, you can append the --debug argument to the webiny deploy command. For example:

This can significantly help in debugging underlying deployment (Pulumi) errors, since without it, in some cases the returned error report doesn’t contain enough useful information. We’ve also seen cases in which the report would actually be misleading and even incorrect, making the debugging process much harder for the user.