, or in other words, folders with its own package.json declaration file and some code. On the other hand, project applications are higher-level organizational units formed from one or more packages that, as the name itself suggests, form applications. Applications consist of both application code and cloud infrastructure that is needed in order to run them.

Every Webiny project is organized as a monorepo. Visit the Monorepo Organization topic to learn more.

The following diagram shows the project organization in a simplified and clear manner: 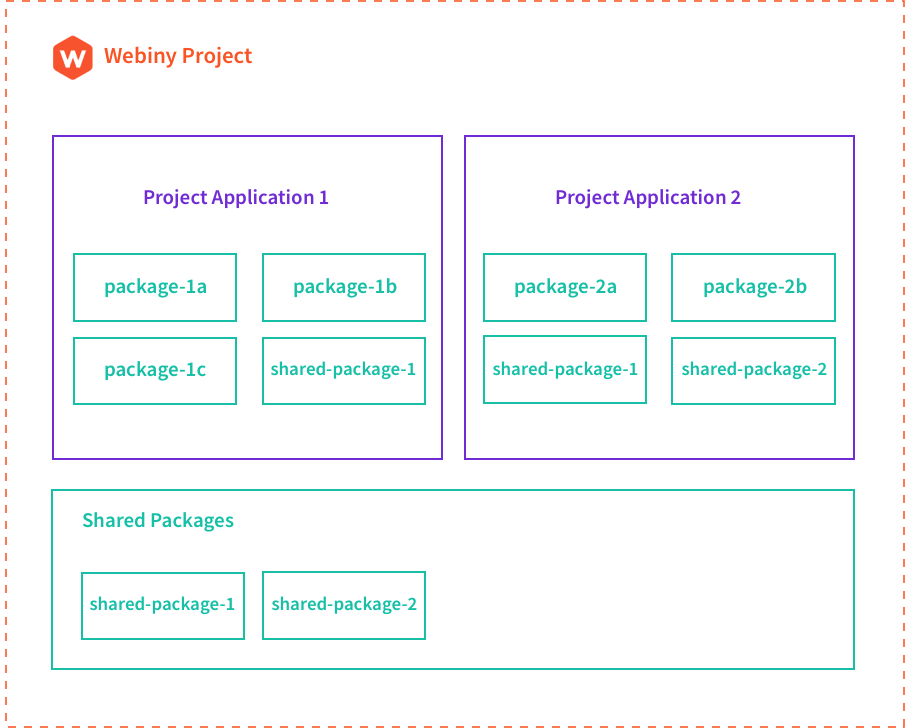 If we were to translate the above diagram into a simplified directory tree, we would end up with the following:

The name of the packages folder is arbitrary and at this point, not important.

Here are some of the most important characteristics of packages and applications.

A package can represent literally anything. From a simple JavaScript function or a class, one, or more plugins, a whole REST/GraphQL API, or even a full-blown React app. You can even create utility packages that, for example, export one, or more utilities, and are imported by other packages (applications) in your project.

There is no limit in terms of the total number of packages and applications a single Webiny project can have.

In terms of packages, an example might be a utility (shared) package whose code is imported by other packages. This way you keep your code in a single location and don’t repeat yourself, which effectively makes the code easier to maintain.